North by Not Quite Northish

Just stopped for a coffee, turned round and there he was. Can’t quite place him… Sure I’ve seen him somewhere. Albeit fleetingly…

Close up of new sculpture by Valerie Inns inspired by a residency with Astro Lighting for The Gibberd Gallery ‘s current project: Arts Means Business.

The sculpture has been created using plaster, one of the materials used by Astro in their lighting product range.

The work in progress will be featured in an upcoming exhibition at Gibberd Gallery, alongside work by other artists.

We had a great day filming at Raytheon in Harlow for The Gibberd Gallery’s: Arts Means Business film. We were working with artist, Sarah Brown – Architectural Artwork and Glass whose work will feature in the forthcoming exhibition at The Gibberd Gallery. And yes the pears were very tasty.

Spent the day filming at Astro Lighting where we were lucky to catch artist Valerie Inns’ lunchtime workshop. The film captures artists including Sarah Brown, Valerie Inns, and Connie Flynn’s work. This work was made as part of residences in businesses including Raytheon, Astro Lighting, and Arrow Electronics for a forthcoming exhibition, Arts Means Business at the The Gibberd Gallery.

Can’t wait to see Sarah’s work, which we will be filming next week as part of the The Gibberd Gallery’s upcoming project: Arts Means Business. The project includes artists in residences located in businesses around Harlow and an exhibition creating a vital link between art and business. King Street Images will be filming artists and businesses including Raytheon, Astro Lighting Limited, and Arrow Electronics

And On The Panel…

Looking forward to working with the Youth Panel from Lowewood Museum in Broxbourne, Hertfordshire on their new short film. Such a fantastic museum with a great programme and such interesting exhibits. 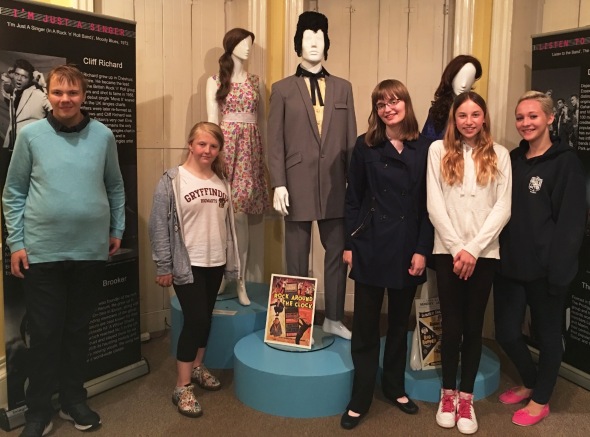 After a long day filming around the Queen Elizabeth Olympic Park, Westfield and Stratford we were lucky to see the Great Britain against Macedonia Euro 2017 basketball qualifier. GB won 96 – 79. Macedonia’s no 10, Dujkovikj worked hard throughout. Does a picture paint a thousand words?