Up the Runners and Risers 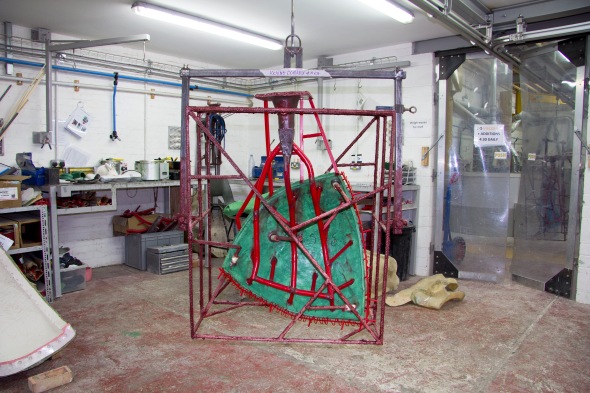 It has been a fascinating process filming British sculptor John W. Mills’ “Kicking Donkey” sculpture through its various stages of development. Kingstreetimages was making a film about John’s long and distinguished career as a sculptor while he was creating the sculpture of the donkey in the studio. And during that process we were commissioned to make a film about the donkey’s progress, and ultimately its journey to its site in Guernsey.

It has been incredible to see how such a large piece of work is created and disassembled ready for transportation to Pangolin Editions foundry in Chalford, Gloucestershire. We’ve filmed the foundry’s technicians creating latex and fiberglass moulds. And recently we were back filming at the West Country foundry nr Stroud while sections of the donkey were being produced in wax before runners and risers were added ready for bronze casting.

We will be returning to Pangolin Editions soon to film the finishing and patination of “Kicking Donkey” before it heads across the English Channel to the island of Guernsey where a site is being prepared.

Is it ever too early to think about documenting or promoting your work? your gallery? your business? your museum?

We’re always happy to have a chat about how we can create films and content for you.

The film was made at Hertfordshire’s Lowewood Museum with their fantastic Youth Panel.

The project has been kindly supported by ROH Bridge

We’ve been working with Hertfordshire’s Lowewood Museum’s Youth Panel over the last few months producing a short film. From early ideas, a script was created and the project took shape. The film was shot at weekends and in the evenings when the panel was available. It was a busy time for the Youth Panel what with revision, school, work, civic commitments, Snapchat, Instagram, and Christmas even popped up unexpectedly.
Absolutely will be arriving online very soon.

Is it ever too early to start?

To Thine Own Selfie Be True

Production still from a really busy day at the Lowewood Museum yesterday where we were filming with Liam Mercer from the 10th Essex Regiment Great War Living History Group, Ciara Jane Fleming from The Valle Academy of Performing Arts , and Caitlin one of the many members of Lowewood Museum’s Youth Panel who were filming. Of course Lowewood Museum’s tiger Ben kept a ready eye on proceedings.Only a few more days of shooting left on the Youth Panel’s short film “Absolutely”, which is kindly supported by Royal Opera House Bridge .

Off to the Lowewood Museum in Hoddesdon, Hertfordshire tomorrow to add a soldier to our historical figures featuring in their short film Absolutely. Members of the museum’s Youth Panel have appeared as Romans, Victorians, and even someone from the sixties. 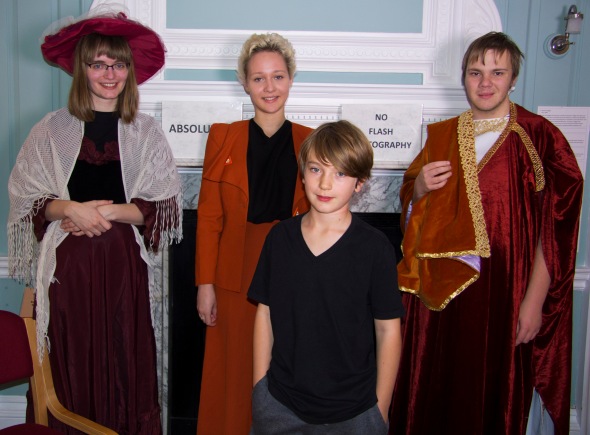 Something constant about the Thames. Whatever the time of day or time of year it’s there. Irrespective of what else is happening wherever in the world that may be the Thames is there. And it will still be there long afterwards.