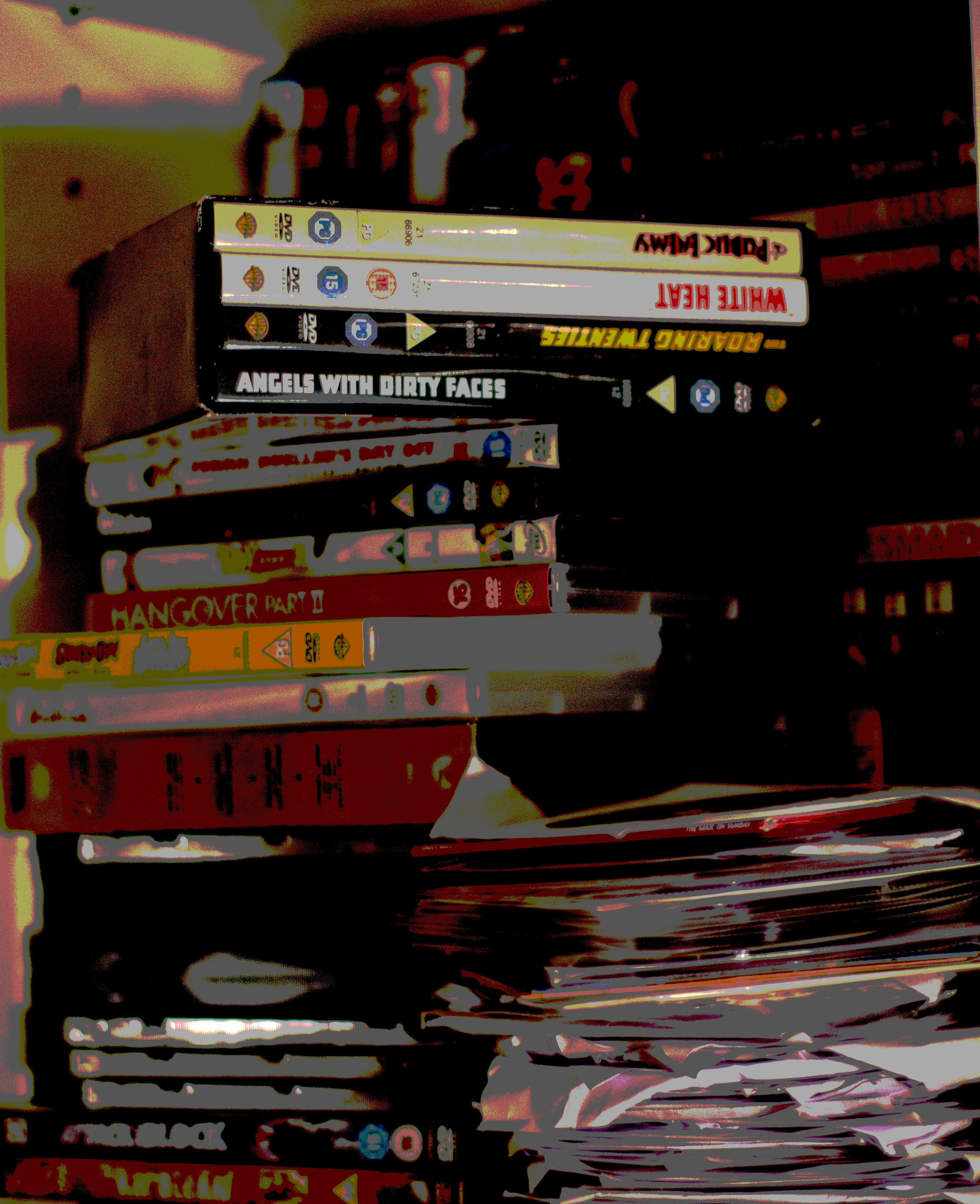 Not sure about ownership of my films anymore. They all seem to get mixed in with the kids’ films and then taken out and put somewhere else. In my house a special stacking style has taken hold. That is when they make it to a stack.

I’ve been fighting against my urge to record multiple films from the numerous channels that magically appear on my dvd recorder and television’s built in tuners. And then there’s the cable channels where something you’ve heard of or have always wanted to see pops up.

The trouble is I can spend so much time recording that I never have time to watch as there’s always a dvd recording something. Think I’ll take a week off from recording and fight that urge to record that obscure Japanese  film or some Chicago based comedy that I’m sure the kids would love.

Of course there’s always the radio…